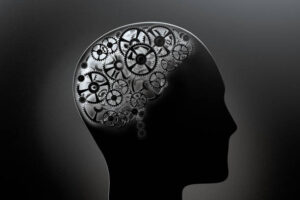 What we see psychology today is a process of evolution through ages. In its early stages philosophy and psychology were intermingled and there was no clear distinction between the two. It was only till the 19th century that psychology emerged as formal separate discipline. However, like the early philosophers, initially the main focus of psychology was deficit finding in human personality and the mental illness.  Wilhelm Wundt may be called the first physiologist who established the first laboratory dedicated to the scientific study of mind. In order to understand the nature of human consciousness, Wundt used the method of introspection based on an individual’s personal experiences which he describes as the personal nature of the experience. The scientific approach of Wundt though inspired many of his contemporaries and students and opened up a new vista for experiments in psychology, there was a lot of criticism on his approach. In his opposition, many other psychology laboratories were emerged which challenged the Wundt’s views that consciousness could be broken into elemental parts and that introspection is a reliable means of learning mental functions.

Amongst the critics of Wundt, Max Wertheimer (1889-1943), Kurt Koffka (1886-1941) and Wolfgang Kohler (1887-1967) were prominent who challenged the atomistic approach to human consciousness and claimed that “the whole is different from the sum of its parts.”

On the other hand, Titchener followed the atomistic portion of Wundt’s psychology and studied the elemental structure of consciousness. However, unlike Wundt, Titchener focused on purely descriptive research. Titchener’s psychology later became known as structuralism. Structuralists believed that the fundamental function of psychology was to investigate the basic elements of consciousness and it could be done the same way the physicists break down the basic particles of matter.

Besides the structuralism, another school of though, influenced by Darwin, emerged which began to examine consciousness to understand how it helps the organism function instead of its structure. William James (1842-1910) was one of the prominent psychologists whose interest was in understanding the role of consciousness in helping an organism for its adapting to the environment. This approach of James led to the founding of a new system of psychology known as functionalism.

Yet, neither the structuralism nor the functionalism was free of criticism. Behaviourism emerged as a revolutionary system in both the nature and the methods it used for its study of human behaviour. John B. Watson (1878-1958) was the founder of behaviourism.

John Dewey is a renowned name amongst the applied American psychologists. He was powerfully influenced by Darwin and was a strong advocate of “experiment”. He often spoke not only of “the mind in use” but also of control” (Hickman, 1992). One of Dewey’s earliest essays was an examination of “The New Psychology” (1884). Historians believe that “the new psychology” was derived from Wilhelm Wundt who founded the first psychological laboratory in 1879.

We get a clear picture of Dewey’s assessment of the high importance of the “new psychology,” by looking at his essay on this very topic. According to Dewey, the new psychology is part of the new Zeitgeist of the new sciences, including the advances in physiology. The common view is that “some or all the events of our mental life are physically conditioned upon certain nerve structures, and thereby explains these events.” But, according to him, “nothing could be further from the truth” (EW: 1, p. 52).

As an educationist, Dewey had profound interest in the reform of educational theory and practice. His principles emphasized learning through varied activities rather than formal curricula and opposed authoritarian methods which offered contemporary people no realistic preparation for life in a democratic society. The writings and works of Dewey brought about a drastic change in pedagogy that began in the United States early in the 20th century as emphasis shifted from the institution to the student. Unfortunately Dewey’s theories have often been misinterpreted by the advocates of so-called progressive education. Although Dewey opposed authoritarian methods, he did not advocate lack of guidance and control. He criticized education that emphasized amusing the students and keeping them busy, as well as education that was oriented toward pure vocational training.