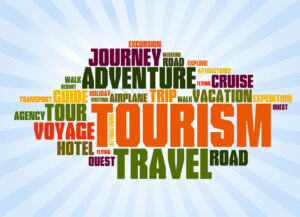 In the tourism literature, researchers have mainly identified and evaluated tourism attractions/resources. The most common objective of tourism studies has been to provide more useful knowledge about an attraction inventory for tourism planning, development, and marketing in a given region, or site. Many different methods and perspectives have been utilized to describe the components of tourism attractions/resources. Subsequently, theories, models, and frameworks of tourism attraction systems have been developed and discussed (Leiper, 1990). Such research efforts have resulted in critical information and sources for tourism planners and marketers to increase destination market values and competitiveness.

Generally, tourism researchers have evaluated tourism attractions/resources from three different perspectives: 1) the ideographic perspective, 2) the organizational perspective, and 3) the cognitive perspective (Lew, 1987, 1994). The ideographic perspective is related to the supply component and often assesses tourism attractions/ resources by asking public and private tourism professionals such as tourism stakeholders to ascertain which tourism resources or elements are the most important to tourists and to destination attractiveness. The organizational perspective is associated with the linkages component that focuses on the spatial and temporal nature of tourism attractions/ resources. Lastly, the cognitive perspective is associated with the demand component. Most research from this perspective deals with the degree to which tourists are able to take risks in their travel experiences, depending on the different types of tourism attractions available. The purpose of this paper is to evaluate the role of community in order to sustain tourism as the role of community has been recognized as an accepted principles of sustainable tourism that tourism can only be sustainable if the local community is involved in tourism planning and management.

Community participation has considered as major determinant or factor in sustainable tourism (Ritchie & Crouch, 1993, 2000; Mihalič 2000). An understanding of the role of community in developing and sustaining tourism is critical to sustain destination market growth and vitality (Hassan, 2000). The most common examples of destination attractions/resources are natural/cultural components, heritage/historical resources, supporting facilities/services, infrastructure, sports/ recreation activities, transportation/accessibility, and cost. It has been suggested that knowledge of these components of destination attractions/resources is not only basic to understanding tourism planning, but also is essential for successful tourism development (Gunn, 1994; Pearce, 1997). Furthermore, maintaining the quality of tourism resources is important to the competitiveness of most types of tourism destinations (Inkeep, 1991; Go & Govers, 2000).

Gunn, (1988) using the functioning tourism system, presents linkages between or among components, including population (the demand side), information/promotion, transportation, attractions, and facilities/services (the supply side). Additionally, Gunn further specifies the influencing factors on the tourism system, such as natural resources, cultural resources, entrepreneurship, finance, labor, competition, community, government policies and organization/leadership. Mill and Morrison (1985, 1995) also identify four major parts of the tourism system, including the market (tourists), travel (transportation), destination (attractions, facilities, and services), and marketing (information and promotion), with each component closely connected in sequence with the other.

The literature on ecotourism and indigenous tourism has both privileged community-based approaches to tourism, though without much discussion of exactly what it means or the implications of adopting such an approach. The emphasis on community involvement in tourism studies (Prentice 1993; Joppe 1996) corresponds with a larger movement in development theory that increasingly sees development as best addressed at a local or community level (Pieterse 2001). Accordingly, a distinct body of work has emerged around this highly influential concept that indicates some of the complexities of a community-based approach.

Community-based tourism (CBT) is somewhat challenging to define. Wesche and Drumm (1998) in McLaren n.d.) put forth three main types of enterprises, each of which imply substantial control and involvement by the community in the tourism project. The three types include: community ownership and management (noted as the purest model); family or group initiative within a community; and joint venture between a community (or family) and an outside business partner. The same term-community-based tourism – is used throughout in the literature to refer to any one of those three meanings, however, making a review of the implications of the approaches somewhat challenging, though not impossible. As a result, it is important to note the particular constellation of variables in a given scenario.

The community has a seemingly natural place in tourism. Richards and Hall (2000) rationalized that as tourism grows in importance to communities, as it has over the past few decades, the need to develop tourism so that it provides sustainable economic, social, cultural and environmental benefits also become a more prominent concern – a logic embedded in sustainable development and experience within the negative elements of mass tourism. Communities, they suggest, are essential to the geography of tourism in that they:

It was Murphy’s (1985) groundbreaking work entitled Tourism: A Community Approach, that shifted the thinking about tourism in this direction. In an attempt to respond to the negative impacts of tourism upon communities, Murphy (1985) developed a “humanistic” and “community-oriented” approach that he argued would lead to greater concern for environmental and social dimensions, not just economic ones, in  communities pursuing tourism.  He proposed that the community as a whole should develop a community-oriented tourist product to present to the market, in order for tourism development to relate to local needs (Richard and Hall 2000).

Similarly, tourism planning is a process of comprehensive evaluation and analysis of related issues, including not only the determination of goals, but also the development of alternative methods and actions to further decision-making. Particularly, Gunn (1988, p. 22) said that “tourism planning as a concept of viewing the future and dealing with anticipated consequences is the only way that tourism’s advantages can be obtained. Tourism planning must be strategic and integrative.” Murphy (1985) also pointed out that tourism planning should fit within existing systems and should be used in urban and regional development strategies. In particular, there should be community involvement in the planning process. Additionally, Mathieson and Wall (1982) suggest that tourism planning is related to not only the components of tourism, but also the interrelationships among these components. Planning is a complex process involving a consideration of diverse economic, social, and environmental structures.

Protecting the attractiveness of a city will benefit not only the city residents from the continued economic health of their city but also the resource base that the industry depends on (Hinch 1996). The adoption of sustainable practices could minimize the damage to natural built environment while preserving sociocultural heritage, maximize the economic benefits of urban tourism development to the region, preserve (if it cannot improve) quality of life to residents, and protect tourists’ experiential quality.

Law (2002) has a different but related perspective to the dimensions of sustainable tourism development. He emphasizes three aspects of sustainable tourism development: the concept of carrying capacity (by focusing on the level of visitation), sustaining built heritage and reducing air pollution. The concept of carrying capacity in urban destination could be explained by negative impacts of large members of visitors on various urban ‘’products’’. For example, the economic benefits could fade out as costs of large numbers increase; the tourist experiences degrade as numbers increase; the built environment erodes as numbers increase, and other similar issues might be endangered by exceeding limits. When carrying capacity levels are reached, benefits of tourism no longer exceed its costs (Law, 2002). Another sustainable tourism aspect is concerned with the maintenance, rehabilitation and re-use of old buildings. Law (2002) suggests that if old buildings are utilized for the tourism industry and generate income, then not only maintenance or rehabilitation of the building is secured is but also more character is added to the city’s built environment (e.g., using old railway station for museums or old warehouses for shopping centers). As the last aspect of urban sustainability concerns, he mentions air pollution in tourism zones and suggests promoting public transportation (in bigger cities where attractions are extensive) or by walking to reduce air pollution (Law, 2002).

Low impact development, however, may be integrated more readily into existing social and economic life of a community. If developers are residents, they are more likely to be well acquainted with resource limitations. Low impact development has greater opportunity for feedback from each increment of growth. However, this type of development is a logical part of the whole of tourism and not dispersed so widely that it is insufficient to service and confusing for visitors. Many regions are finding that both kinds of development may be needed, provided that they are kept on balance (Gunn, 1994).

A series of interventions are needed for the role of local community in the sustainable tourism management. They are the following:

Although tourism is expanding rapidly in many places and becoming one of the world’s major social and economic activities, a particular country, region, or community should be cautious about developing an over-dependence on tourism (Inskeep, 1995; de Kadt, 1979; Meldon, 1994). For both economic and social reasons, diversification of an economy is usually desirable, although not always possible. Economically, diversification provides a sounder basis for development in that any periodic economic fluctuations in one sector can likely be counterbalanced by strengths in other sectors. Socially, diversification encourages a greater mix of types of people and activities in an area. Tourism should not be seen categorically as a panacea to solve a community’s economic problems. Each place must be carefully evaluated in terms of its tourism attraction potential, based on both its own resources and the possible domestic and external markets.

Particularly, systems, comprehensive, and integrated approaches are similar or related to each other in terms of a view of tourism. Tourism can be seen as an interrelated system and all aspects of tourism development, including natural, institutional elements, and environmental and socioeconomic aspects should be considered. The overall plan and development patterns of an area are integrated in tourism planning and development.

Everything you must know about your masters dissertation

5 things to do every day to be a creative writer

Dissertation Master is the leading dissertation writing service in the UK and around the world. We have assisted thousands of students in fulfilling their dreams of achieving the best degree and entering the practical world with pride.
Contact us: [email protected]

Everything you must know about your masters dissertation